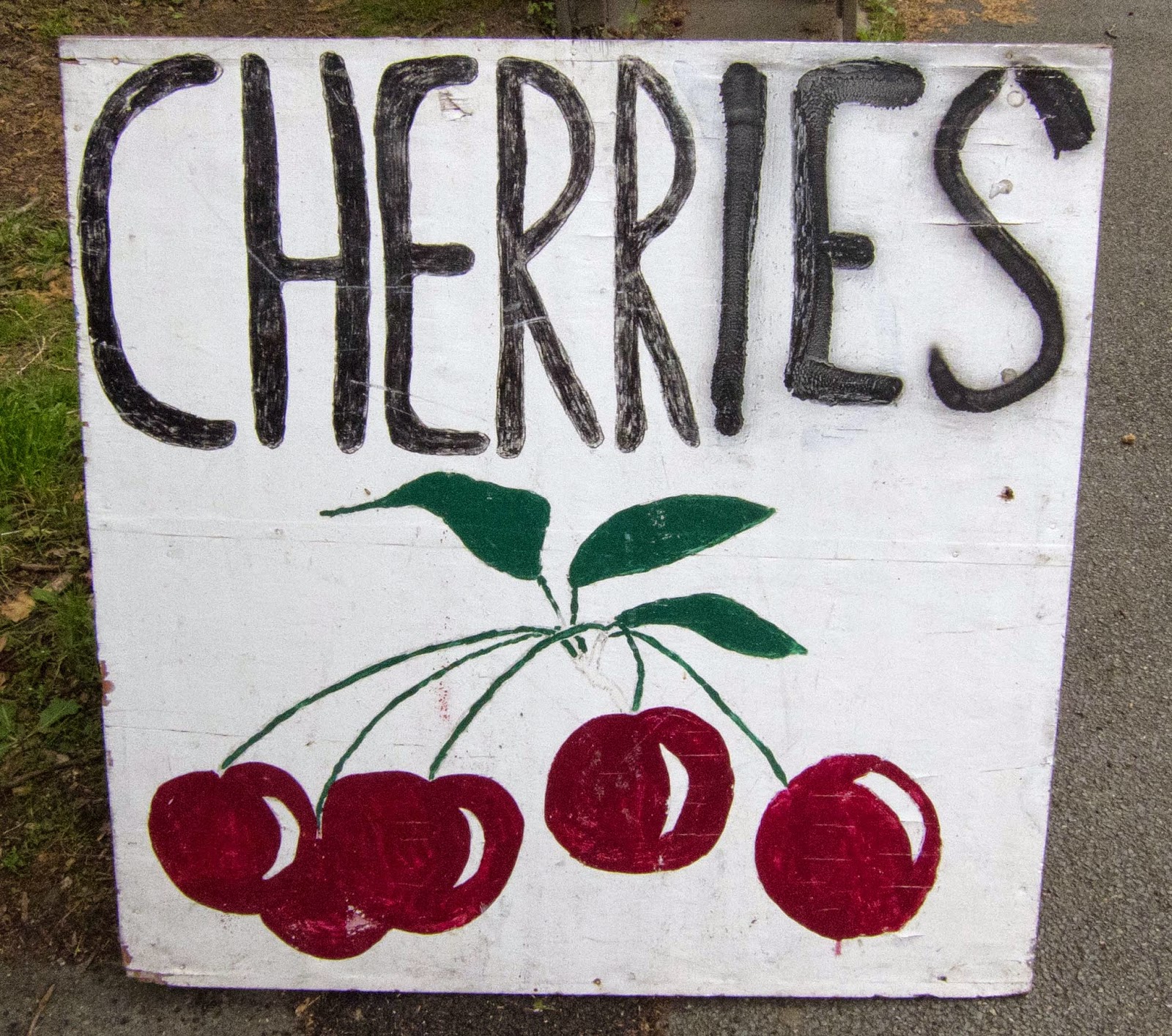 It's cherry and berry picking season. I know this because of all the roadside stalls suddenly springing up like nettles. How many of you stop to buy at these stalls? Are they cheaper? Fresher? More local?

I have my doubts - I wonder if the fruit (freshly doused in emission fumes) is as local as all that. And indeed if the sellers are as homegrown too- or are they like the prolific French markets which we see all too frequently in the UK now.. where a request for 'un kilo de tomates' is met with a blank stare and a request to speak English.


Reading that back, it sounds a bit grumpy. PYO farms however,  look tempting in the June sunshine.  So maybe it is time to pick up some punnets, and dust off all the fruit and berry recipes on the blog.

And my goodness, there are plenty of them. I've got fifteen of them to share with you today- so get ready for a Vitamin C overdose!

My first recipe is for a cherry soup: cherries poached in red wine and spices with a few red grapes.

Take a punnet of cherries, take off the stalks, cut them in half and squeeze out the stones. Put them in a saucepan with a glass of red wine, a tablespoon of vanilla sugar, a handful of red grapes and a good dusting of nutmeg or a tsp of mixed spice.

Bring to the boil and then simmer for 10 minutes until syrupy.

Allow to cool and then serve either in shot glasses on its own or spooned over ice cream, garnished with a sprig of mint.

Leftovers are good spooned over chocolate cake or Swiss roll, chocolate mousse and with cream as a Black Forest express,


or added to blackcurrant jelly crystals and served as mulled wine jellies.


A variation of this is Muscat jelly- Muscat wine and lemon flavoured jelly with raspberries or strawberries.


If you have any more leftover, top coconut rice pudding with it.

I like this rice pudding recipe from Bill Granger: http://www.bbc.co.uk/food/recipes/coconutricepuddingwi_70431
It works well every time.

And if there's any more rice pudding and fruit- try rolling them up in pancakes to make sweet maki rolls.

Now, what about strawberries? English strawberry season is well under way- helped by the recent warm weather. 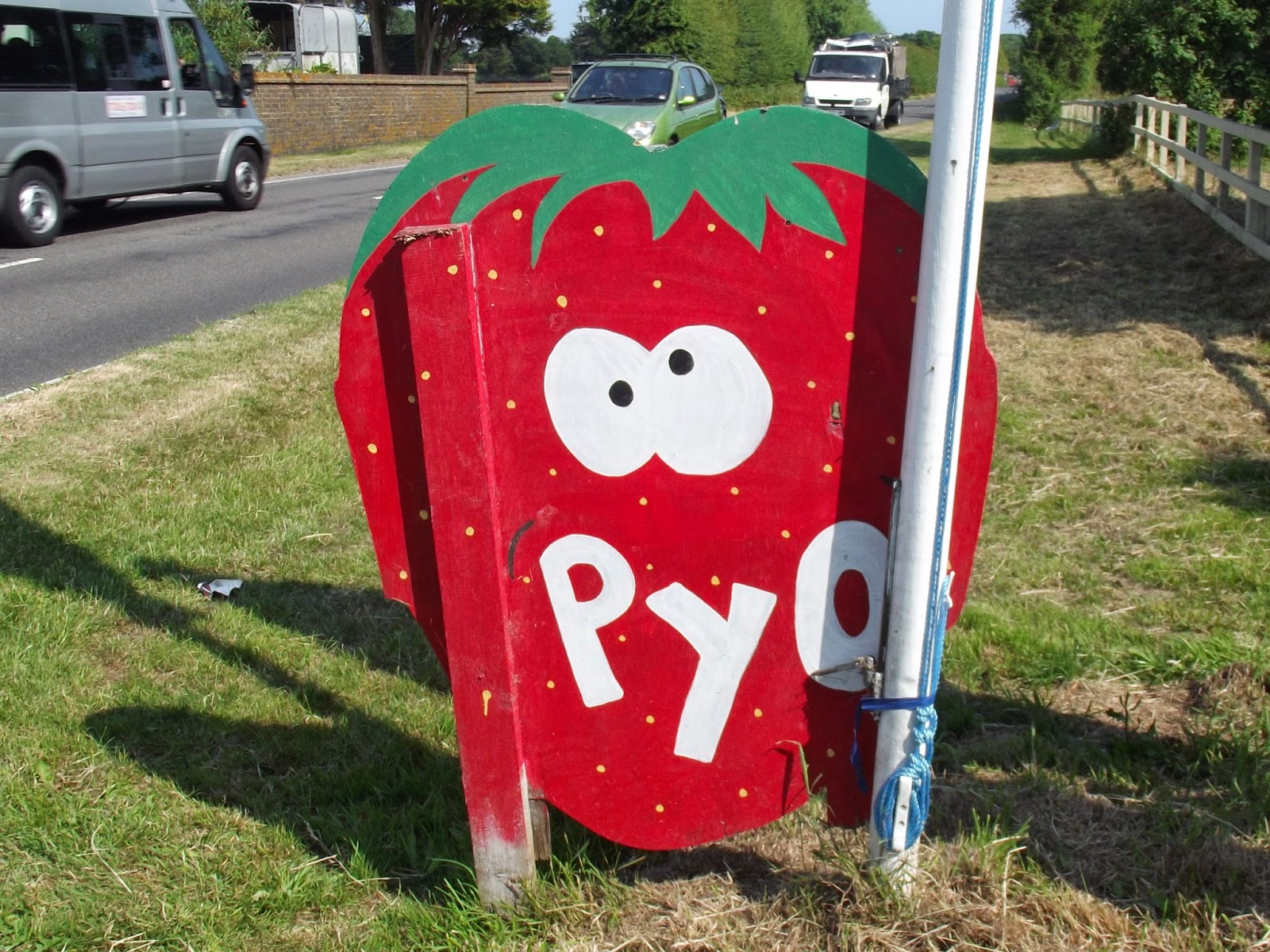 I like to eat them just as they are- but if there are any left over after the first meal, I top them with yoghurt, a swirl of lemon curd and some brown sugar - caramelized with a blowtorch or under a hot grill for an Eton brulee:

Or mixed with crushed meringue, ice cream and creme fraiche for an Eton-ish Mess:

Or on scones or meringues, with a spoonful of clotted cream as part of a sophisticated afternoon tea: 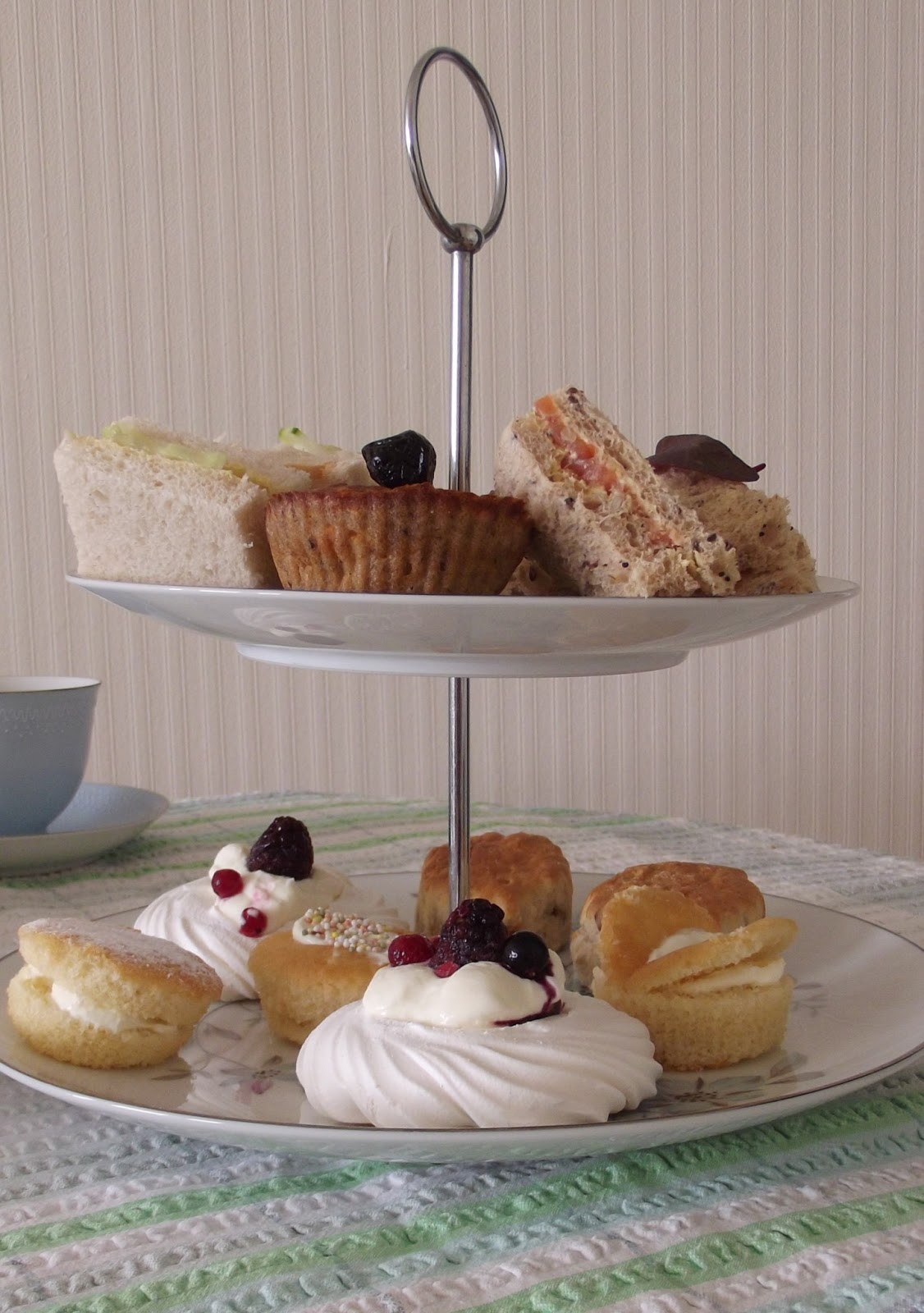 As the fruit season goes on, raspberries begin to make an appearance. I love their taste. It's almost Proustian for me, taking me back to my childhood when we picked them off the bushes that grew wild in the back garden of our first cottage in Norfolk.


They are also lovely mixed with rhubarb and blackcurrants to fill a summer pudding:  Or atop some creme patissiere for a summer fruit tart:


And if you're not all berried-out yet, here are a couple more for you:


And finally- have you ever thought about having your fruit on toast? Don't knock it until you've tried it. Here I've used nectarines- but they're not ready yet- so use strawberries, raspberries....or indeed cherries. 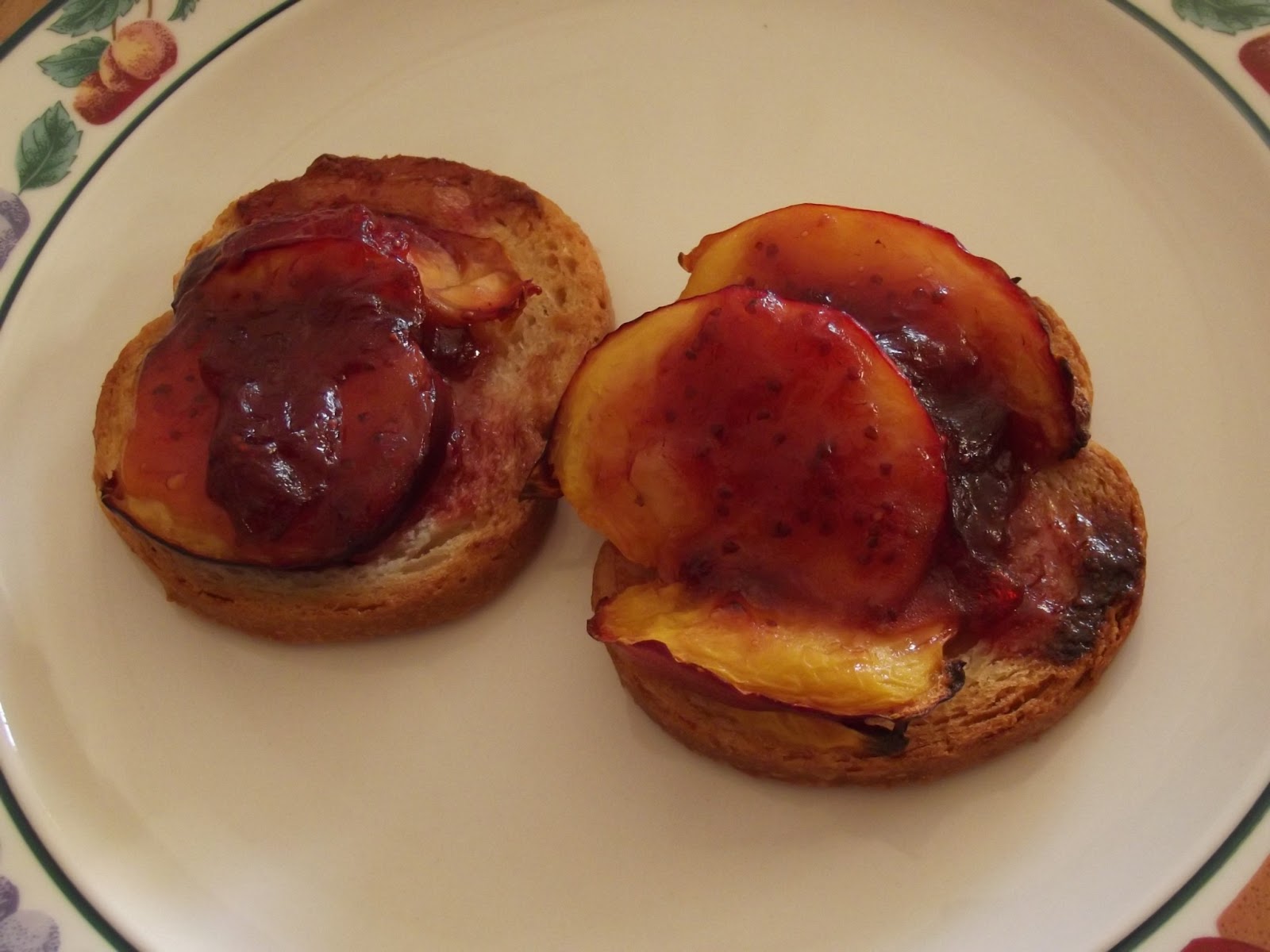 I leave it up to you where you buy them!

Posted by leftoverliz at 08:51 No comments: 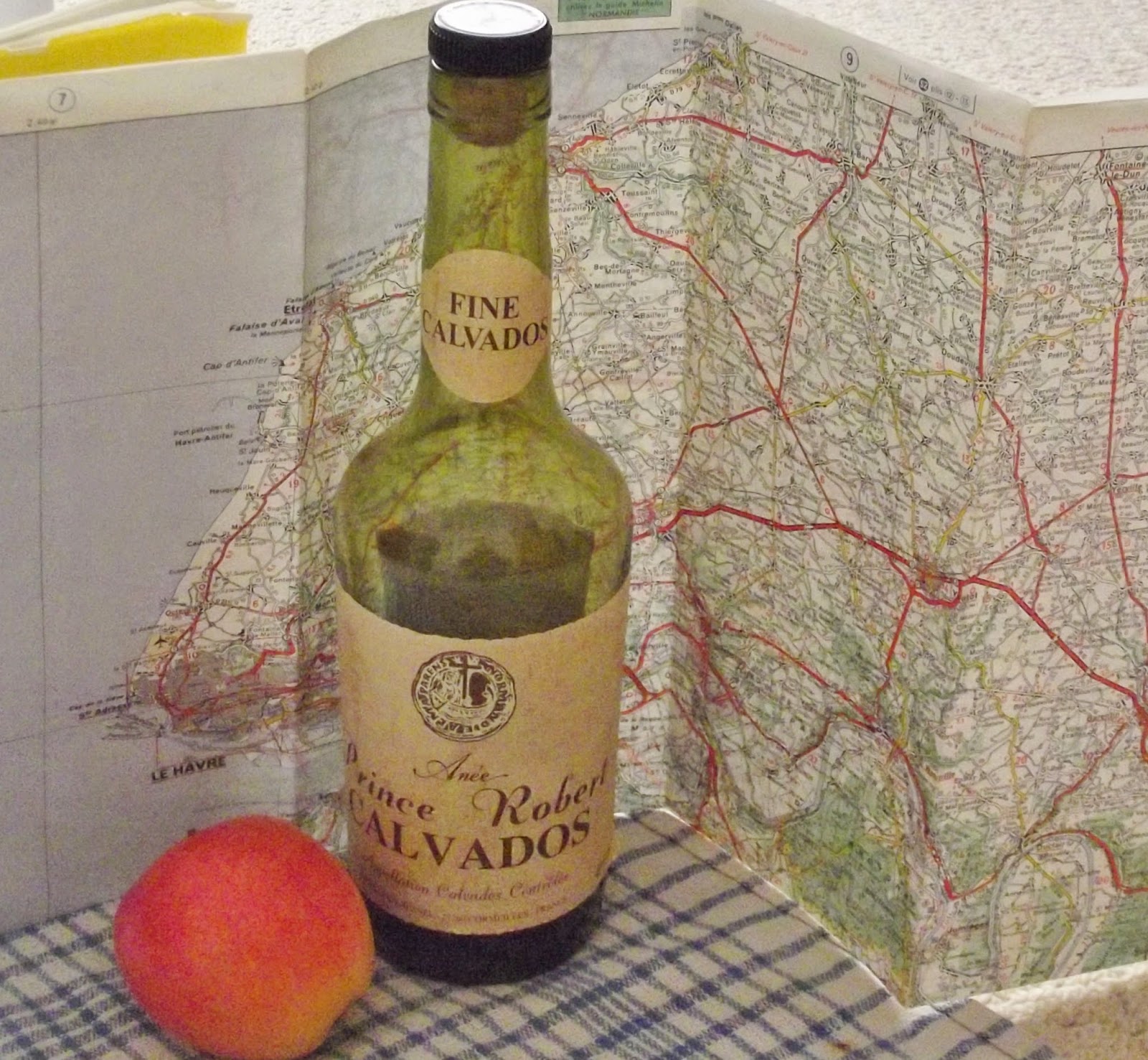 Yesterday was the 70th anniversary of D Day and the world's media was focussed on the Normandy beaches and what went on there 70 years ago.

Everyone had a story to tell- family members caught up in the conflict- in one capacity or another. My own family was no exception, with my grandfather there in his cargo boat, carrying fuel to the American landing craft. It was incredibly dangerous work- and the risks taken by our merchant seamen should not be forgotten.


It was not until 2000 however that the Merchant Navy Association was allowed to march with their Service comrades past the cenotaph on Rememberance Sunday. An injustice which was righted - but a little belatedly.

Normandy has been on my mind for other reasons too: the first week in June was when I spent my honeymoon in Normandy, gorging on cream sauces, seafood and apple liqueurs - and 32 years later my husband is just returning from a week long cycle tour of Normandy, so I look forward to many Calvados-soaked stories of his adventures.

I thought I would put together a selection of Normandy inspired recipes on the blog this week, to commemorate all of these things.

First I made some unusual savoury muffins using black pudding, apples and cider. They are very rich but would make good picnic food or a starter with green salad.

Ingredients:
100g self raising flour
1 tsp baking powder
2 eggs
50 g grated cheese
75g of black pudding (I like Clonakilty as it is crumbly)
2 apples
1/2 cup each of cider and olive oil
salt and pepper
a splash of milk if needed

1. Fry the black pudding and cool it down in order to crumble it coarsely
2. Peel the apples, slice one into small pieces and grate the other.
3. Fry them in the pan too.
4. Put the flour, baking powder, grated cheese, salt and pepper in the bowl and mix well.
5. Beat in the eggs, black pudding and apple
6. Add the oil and cider and mix until the batter is spoonable. Loosen it up with a bit of milk if needed.
7. Spoon into muffin cases and bake at 180 degrees for 20 minutes or so until risen and golden.


Next I made a blanquette de veau : veal in a cream sauce.

1. Fry the veal lightly until it has changed colour but not browned very much
2. Place it in a casserole dish then lightly fry the onion, garlic, celery and carrot and add to the casserole
3. Deglaze the pan with the white wine and pour over the meat and veg
4. Top up the casserole dish with vegetable stock, season and add the bay leaves.
5. Stew (either in the slow cooker for 4 hours)or a moderate oven for 1 1/2-2 hoursuntil the meat is tender.
6. Allow to cool slightly before stirring in the cream.


Cream sauces feature heavily in Normandy cuisine. Here are a few more from the blog:

Chicken Printanier and Pork in Mustard and Cream sauce.


Seafood is however what I love to eat, when on the Normandy coast. I would eat mussels forever- and gave over a whole blogpost to them:

As a change though, here is a clam dish which I also love: Linguine with Clams
This dish has become a storecupboard standby for me since Waitrose have started stocking vacuum packed clams in the freezer aisle. Lovely if you use fresh ones too.

1.Boil a pot of water and put the linguine on to cook.
2. Meanwhile, fry the onion and garlic in a deep saucepan until translucent.
3. Pour in the clams wth their juice
4. Heat through until bubbling and add the chopped tomatoes and continue to heat.
5. Drain the linguine, pour into a big warm bowl and add the tomato-clam mixture
6. Toss together and serve immediately.

This is a sweet shortcrust tart, baked blind first. Then spoon apple compote onto the base.
Finely slice 3-4 dessert apples and quickly fry them in butter.
Allow to cool, then arrange on top of the tart in neatly overlapping circles.
Brush either with more melted butter or a glaze of apricot jam.

Bake at 180 degrees until the apples are golden on top.

Perfect with a glass of cider or Calvados!