OK- so I'm shamelessly piggy-backing on the hilarious Masterchef YouTube rap. But if you googled this and ended up here on my blog- don't go! Stay and read a few biscuit based recipes.

Today's blog is all about using up leftover biscuits, biscottes and crispbreads.

If, like me, you've returned from your holidays with packets of crisp toasts and pains grilles which seemed practical and delicious for breakfast in foreign parts, but just don't appeal quite so much when there is toast and Marmite, crumpets and other bready delights now that you're back home, then this is the blogpost for you.
Instead of letting them go stale and throwing them away- you can make a whole host of dishes (savoury and sweet) from them.

The obvious thing to do is blitz them into fine breadcrumbs for storing in an airtight jar or in the freezer to make 'chapelure' for coating fish, rissoles, croquettes, etc (as in Aunty Liz's Crunchy Chicken). 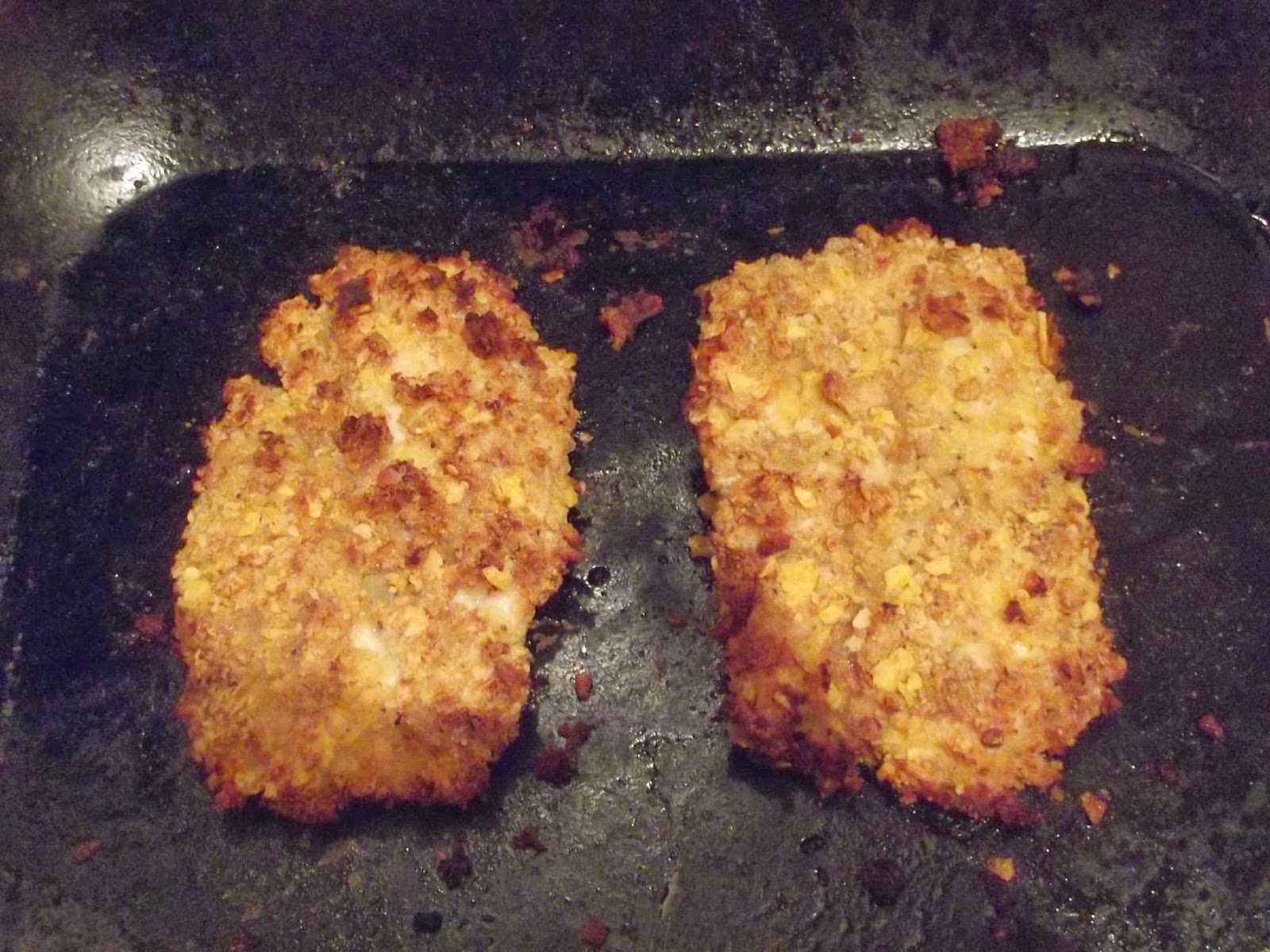 I'm going to do that with some, but I want to be a bit more creative with the rest.

First of all, I'm making a Battelmann (or Mendiant)- which is a dessert dish from Alsace. It is very similar to a bread pudding (spicy, sugary and dense)- but is lighter thanks to the use of biscottes (crispy French toasts).
Soak some sultanas (or traditionally cherries) in a litle rum (or kirsch for cherries).
Warm but don't quite boil 450ml of milk, 3 tbsp of sugar and add 125g of crushed biscottes. Work the mixture with a fork, then a wooden spoon, until you have a homogenous porridge-like consistency. (I know it doesn't sound or look great at this stage- but have faith!) Leave this to stand whilst you butter and line a 20cm cake tin with the above mentioned chapelure (finely blitzed biscotte crumbs).
Into the cake mixture, beat 2 large eggs, a teaspoon of mixed spice and a teaspoon of cinnamon.
Peel and thinly slice a dessert apple and add this plus the rum-soaked sultanas to the mix.
Pour the mixture into the cake tin, level the surface and sprinkle with a sachet of vanilla sugar. 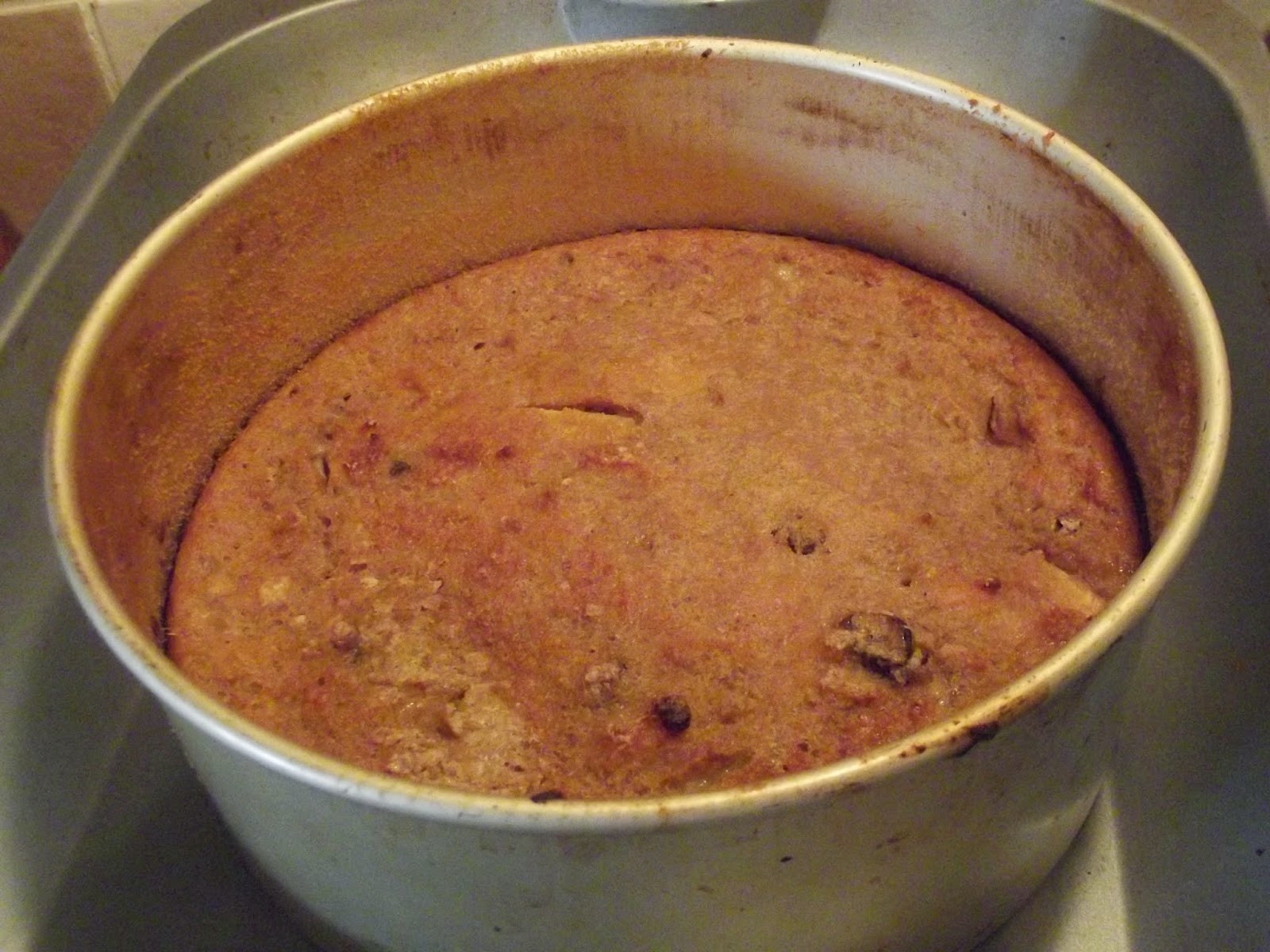 Bake at 170 degrees for 50 minutes or until a skewer inserted into the middle comes out clean.

Next, let's do a savoury dish- petits farcis- or stuffed summer vegetables. This has featured on the blog before, but this time instead of using breadcrumbs (or polenta crumbs) as previously, I'm using up leftover crisp rolls (Swedish ones- you know, that look like little dry baguettes).
When soaked in milk, they make excellent 'ballast' for stuffings, or to add to burgers and meatballs. Click on the link below the picture for the recipe- but substitute 5- 6 crisp rolls, crushed and soaked in milk for the breadcrumbs.


Back to sweet things.
Speculoos are all the rage in France at the moment- though they are actually from Belgium ( a bit like Hercules Poirot, annoyed at having constantly to remind people that he is not a meddlesome Frenchman, he is a meddlesome Belgian!)
These biscuits aren't annoying at all- they are buttery, cinnamon flavoured spice biscuits which have numerous culinary uses. You can get them in Waitrose - or you can use good old Ginger Nuts if you prefer.

First of all, I'm making Cinnamon Cream Pots then a Speculoos Tiramisu.

For the cream pots- first make an egg custard or creme anglaise by whisking 2 eggs and 1 egg yolk together with 25g of sugar and a teaspoon of cornflour in a large bowl until light and frothy. Crush 1 packet (100g) of Speculoos and dissolve into 350ml of milk and add 1 teaspoon of cinnamon. Bring the milk to the boil and then pour over the egg mixture, bit by bit, whisking as you go. Pour the mixture back into the pan and heat, stirring all the time until it begins to thicken.
Pour into individual ramekins or coffee cups.
Place the cups into a large baking tray and half fill it with hot water.
Cook the puds in a low oven (100 degrees) for 45 minutes and then chill well before serving. (Note that the quantities above make 4 servings not 6 as in the picture).

The Tiramisu is simplicity itself and can be made in a trifle dish or in individual glasses.

Soak Speculoos biscuits in rum or coffee liqueur and line your chosen dish with them. Next slather on a layer of whipped cream, then another layer of  rum-dipped biscuits, then a final layer of cream. Sprinkle the top with crushed biscuits.


Incidentally, Speculoos biscuits are good added to your fruit crumble topping or indeed crushed and mixed with melted butter to make a buttery biscuit base for cheesecake or key lime pie.


Hope you like these recipes- let me know if they need more oomph!