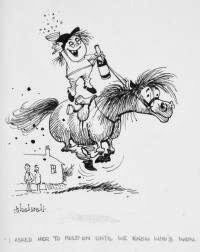 Well, I got there.

I have to admit, it really was a challenge some weeks. Inspiration for something new often deserted me - and the straight jacket of 3 courses (starter, main and pudding) was a tough one to put up with. Often I could think of a main course and a theme - but struggled for a starter or pudding.

But- there it is: my blog of over 160 recipes and even more ideas for what to do with the leftovers.

Looking back through the stats, I see the most popular post was 'Take Half a Dozen Eggs' with it's simple recipes for boiled egg and asparagus soldiers and bread and butter brioche pudding.

This was closely followed by 'Boxing Day and Beyond' - when obviously you all had loads of stuff to use up!

Anyway, you can find all the recipes - from aioli to yaki soba - on the blog or in the cloud at the top of the page.

I've decided to make a compilation this week of my own three favourite starters, mains and puddings.

You may well have your own favourites.

For starters I've chosen : bubble and squeak with a poached egg, olive cakes and cake pops or chicken liver parfait.

And for the pudding- Muscat jelly, Baked Alaska or Iles Flottantes.

Thank you all for reading the blog- some of you all 52 weeks of it- for trying the recipes or for 'liking' it on Facebook.

I'm going to have a break for a bit I think- but I'm toying with the idea of making an e-book of the best bits. What do you think?

Posted by leftoverliz at 10:10 No comments:

Just one more week of the challenge to go- and the summit is just in sight!

I mustn't run out of steam yet- but my hopes of inspiration from an evening cooking class were dashed when it was cancelled due to lack of numbers.

So, I had to search elsewhere for ideas to tide me over the week.

Looking through my cupboard, I spotted one of those silicone cake-pop moulds which I bought in the January sales- and decided to give it a try using my savoury cake/muffin mix which readers on the blog seem to like. I also had a delicious slow roasted pork belly with a ginger beer gravy at my local pub and decided to recreate that as the main.

For pudding, I thought about climbing to the top of the blog mountain- and decided to make a dessert which represented that thought: Baked Alaska!

Pork belly is a wonderful cheap cut of meat, which is transformed by very slow cooking. I'm using the crockpot, but a low, slow oven will work well too.
First slash the skin on the meat with a sharp knife and rub in some sea salt and Chinese five spice if you have it, pepper if not.
Heat a spray of oil in a frying pan until smoking hot and sear the skin until dark brown.

Lay the belly pieces on top of some sliced carrots and leeks in the crockpot.
Deglaze the frying pan with the ginger beer and pour around the meat.
Leave to cook for 6 hours or more if you can.

Lift out the meat when it is very tender, place on a wire rack on a baking tray and flash into a hot oven for 15 minutes or so to crisp up the skin.

Scoop out the veg and thicken the gravy if necessary or thin it with some stock if that is more appropriate. If you want to crisp up the skin on the pork, flash it under a hot grill for a few minutes before serving.

Hearty comfort food for a wet and windswept Britain tonight!


For the cake-pops, I'm using up some leftover bits and pieces of cheese - some Brie and some Cheddar. (This a good way to avoid throwing away those little bits of cheese leftover in the fridge.)

In a jug, combine 100g self raising flour, 2 tsp of baking powder, 1 cup of natural yoghurt, 2 eggs, 100g cheese (grated Cheddar and Brie with the rind cut off and the cheese cut into small pieces), 1 cup olive oil, salt and pepper and a teaspoon of mustard.

Lightly grease the silicone moulds with a spray of vegetable oil.
Place a small piece of Brie in the bottom of each pop-hollow and pour the mixture into the half-mould.
Put on the lid and bake for 15-20 minutes or so at 200 degrees.
Allow to cool before un-moulding and pranging with a lolly stick. (Wooden coffee stirrers make a good substitute if you don't have lolly sticks... I'll leave it to you to think how you might end up with a pocket full of those..)
Serve with cranberry sauce or chutney (I bet you have a jar left over from Christmas still as I do.)


Now for the pud.
I use a sponge flan base, but you can use any cake (chocolate, ginger, whatever) if you have some needing using up. First preheat your oven to 200 degrees.
Whilst it's heating up,  shape your ice cream (again any flavour - but I had lemon meringue pie flavour in the freezer) into a mountain shape with a base the diameter of your cake. The easiest way to do this is to lay a piece of cling film out over the cake base, shape the ice cream on the plastic film, wrap, push and prod until you are satisfied with its shape. Seal it up quickly in the cling film and put back into the freezer to get really firm again.

Separate 3 eggs (I used the yolks for scrambled eggs for lunch- deliciously yellow and creamy!) and put the whites in a clean bowl.
Whip with an electric mixer, adding spoons of caster sugar as you go until you have a very firm white meringue, with peaks that stand up and hold their shape.

Now- quickly- lay the sponge base on a baking tray, unwrap your frozen ice cream mountain, lay it on the base and then cover quickly with the meringue. Use a palette knife to spread it evenly all over in a thick layer, paying particular attention to where it meets the sponge base.
Be sure to cover every tiny hole, where the ice cream could leak out.

Pop it in the oven and watch closely through the glass door. In four minutes it should turn beautifully golden. Out it comes and voila! Hot meringue and cold ice cream in a scrumptious pudding.

So, three more recipes to tempt you and use up stuff in your cupboards and fridge.

I've added a survey to this week's blog so you can vote for your favourite recipes (you can choose more than one category and vote as many times as you like). It would be good to get your feedback on what you've enjoyed - or even tried out - so do cast your votes and ask other people/ family members/ friends to tell me what they think too.

I'll keep an eye on your responses during the week and report back next weekend - when we reach the final frontier!


Posted by leftoverliz at 06:54 No comments: