Christmas Puddings with a Twist

And I'm not talking Oliver.

.
If anyone wants some more in my household this Christmas, I'll be only too pleased.
What worries me though, is that I may have the opposite problem.

You see, I have guests coming from abroad and, whereas usually my foreign friends tuck heartily into Sussex pub grub washed down with gallons of Harveys bitter and would eat fish and chips with their buckets and spades if they could, this time I fear it may be different.

My guests have never been to the UK before, never eaten British food (or think they haven't) and, although they avow that they want the full Christmas experience, I'm concerned it might all prove a bit heavy for more delicate constitutions.

Particularly, by the time we get to Christmas pudding.

So, with that in mind I've been experimenting with puddings which are still Christmassy, but are a little bit lighter.

I began by caramelizing some clementines marinaded with a little rum. They were good and would be enhanced by some Cointreau cream or suitably rich ice cream.

Peel your clementines (or tangerines or satsumas) and slice them across the diameter, to make rings. Soak them in a couple of teaspoons of rum. Meanwhile boil up 1 tbsp caster sugar and 2-3 tbsp water until the mixture begins to turn golden. Quickly pour over the clementines and leave to cool.

Continuing with the clementine theme, I made a Caramel Clementine Upside Down Cake- and this time, I can honestly say it is the best cake I have ever made! I have to share the recipe with you so you can try it yourselves.
Instead of flour, I used part ground almonds and part pulverised almond biscottis (croquants for French readers) plus breadcrumbs for the mixture. I've never made a cake without flour before- but may never go back again! The almonds and the breadcrumbs made for a moist sponge- but the biscottis added a grainy texture which was scrumptious!

1. Preheat the oven to 180 degrees and grease and line a 20cm cake tin with baking paper
2. Make the caramel by boiling 1 tbsp of caster sugar and 2 of water until golden, then pour into the bottom of the lined tin
3. Lay rings of the sliced clementines in the caramel 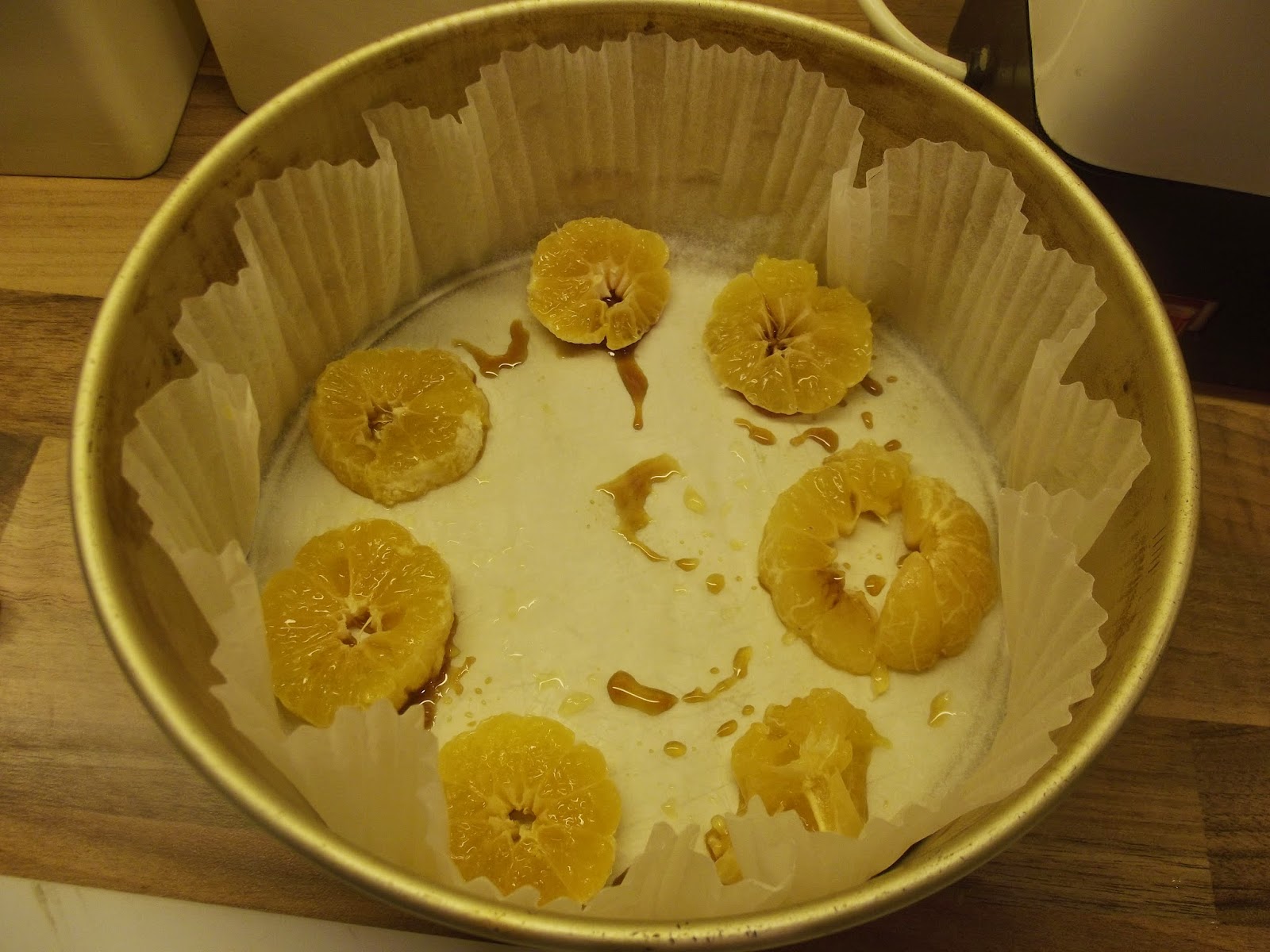 4. Mix together the sugar, ground almonds, pulverised biscuits and baking powder in a bowl
5. In a separate bowl, whisk the beaten eggs, oil, zest and juice together
6. Combine all the ingredients well and pour over the clementine slices in the tin
7. Bake for 45-50 minutes until a skewer inserted in the middle comes out clean
8. Allow to cool completely before turning out


I also experimented with a Rum Punch sauce to go with it. I wanted a jammy, fruity, rummy, spicy flavour to the sauce so -guess what- I used jam, marmalade, fruit juice, spice and rum to make it!

This is a great way to use up the last remnants in a jam or marmalade jar too.
Mix together a tbsp of jam, a tbsp marmalade, 2 tbsp fruit juice, 1 tsp rum and 1tsp mixed spice and a sachet of vanilla sugar (25g). Boil until syrupy and pour into a serving jug. Serve warm.

This sauce went beautifully with the cake- but was also good the next day poured over ice cream. Or indeed both!

Mincemeat (the traditional British fruit version- which has nothing to do with meat!) is an acquired taste. I thought I might introduce it into one of the meals, just to see how it goes before unleashing the full might of mince pies with brandy butter.
A gentle introduction would be in a crumble- as here. (Crumbles are very vogue at the moment in Europe, believe it or not!)

In a bowl or individual ramekins, combine apple compote (apples stewed with a little water and sugar until soft) with 2 tbsp mincemeat. 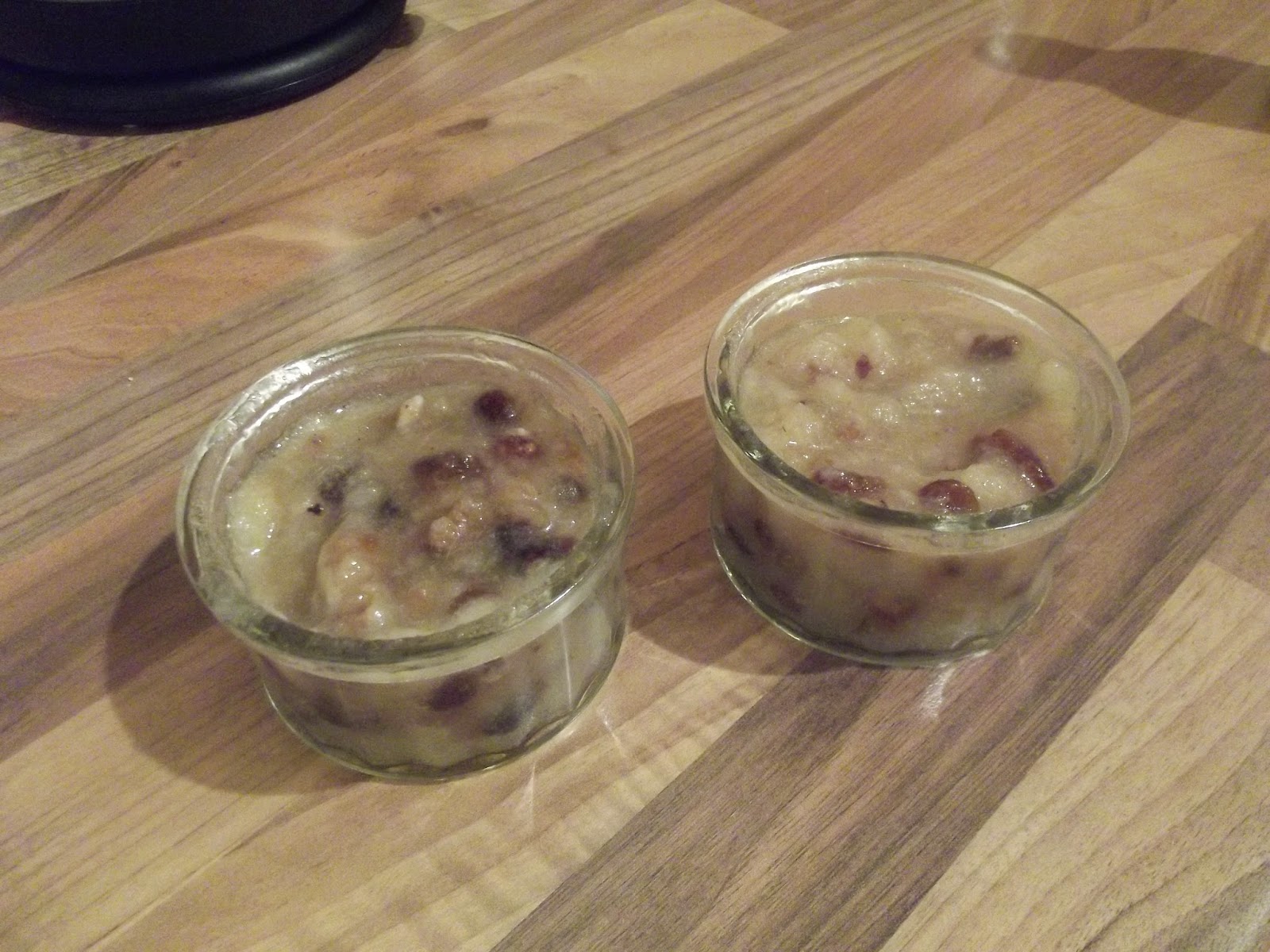 Top with the crumble mix and bake in a hot oven (190 degrees) until the topping is golden.

Lighter still- but equally simple- would be mincemeat milles-feuilles, made with baked wontons rather than pastry.

Bake wonton wrappers quickly in a hot oven until golden and dust with icing sugar once cool. Layer with mincemeat and whipped cream. 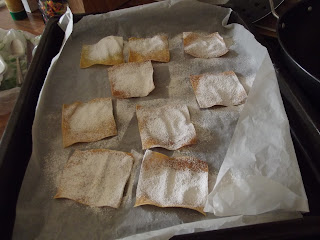 And finally- there's jelly.
It's light, it's fruity, it's Christmassy- and I shall bring it out if all else fails. 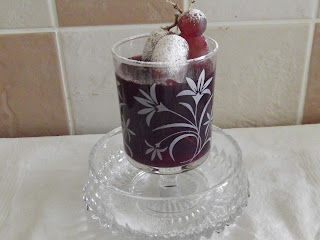 
Now to get into Christmas pudding mood.. 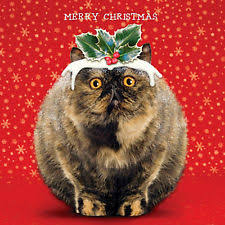